Sometimes, it’s all about staying warm......


Be back soon,
Luann
Posted by Luann Fischer at 6:59 PM 3 comments: Links to this post

I purchased an afghan kit from BluPrint last year. I was determined that all of the yarn was going to be used. I have less than 9 feet left.

I will say though that I thoroughly enjoyed the first three books by Fredrick Blackman. 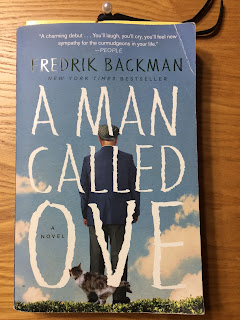 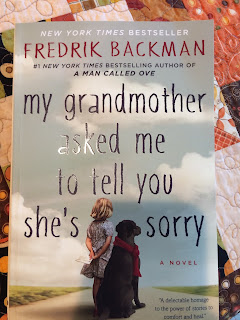 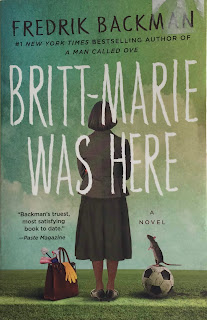 I hope your January gave you enough ‘slow’ time to enjoy all that life has to offer us.
Until the next time,
Let’s Create Today

Posted by Luann Fischer at 7:54 PM 2 comments: Links to this post


Posted by Luann Fischer at 8:57 PM 2 comments: Links to this post

Today’s Book and A Birthday Cupcake


Posted by Luann Fischer at 9:22 PM 3 comments: Links to this post

Posted by Luann Fischer at 1:00 PM 3 comments: Links to this post

Luann’s What? What was it? Luann, 2020 is a leap year and it ‘leaps’ on February 29th, not January 4th!!!! All years end on December 31st, not January 4th!!! Luann, since when does any year get your name out in front of it? AND,,,, let’s face a few facts here, lady,,,, leap years happen every 4th year and we know you’ve lived through about, well, being polite, more than 10. So, what the what are you talkin’ about granny??? (That’s my grandkids way of saying, I think she’s flipped her wig!)

Well, my friends, let me explain.
Last year, 2019, on January 3rd I made the decision to stop playing video games on my iPad for entertainment. If you do this, I’m not saying that YOU should stop, I am saying I wanted to stop. I realized that I’d been zoning out, chillin’, you name it with whatever is the current catch phrase. Basically if I was overwhelmed, I’d grab my iPad and play games. When I was upset, happy, sad, it really didn’t matter, I’d grab the iPad and sit for what felt like a few minutes, but in reality it would be easier to count by hours. I wasn’t getting things done that I ‘wanted’ finished. I kept coming up with some excuse to hit that default (easy) button and play the games.  That changed after listening to a podcast by Leah Day about her word for the year. During her chat she shared that she felt she’d wasted too much time doing this same thing. And here I thought this was ‘my problem’ and others didn’t have it. Her openness gave me the courage to get honest with myself (not as pleasant as one would think). I’d been wasting not investing my time. Now, let me tell you right now that I don’t think you have to be able to quantify every waking moment, but you, and you alone, know whether your day has had it’s 24 hours invested into a positive influence on your life or into a sinkhole of nothingness. I didn’t get anything from playing those games except an empty feeling of “oh, I wish I had,,,”.
I was using the phrase: I need to let my ideas cogitate on this quilt, afghan, or other project. That’s what I would tell myself as I opened the iPad and brought up some random game. I realize now that didn’t want to admit that I was playing that often, as I never posted to YouTube or interacted with other people that might have been playing also. (Thank you God for keeping me from influencing others to join in).

I’ve had a very productive 2019. Much of it was because I would go to my sewing room instead of grabbing the iPad. But when I wanted to just sit and not produce, I read books. Some were on Kindle, others were held in my hand and the pages were turned. I’ve not gotten into audibles because I’m also trying to stay away from the whole idea of multi-tasking. I do it quite well when it involves letting the washing machine, dryer, and vacuum all work at the same time,lol.  Or better yet, when I sew and let my Chef (George) prepare a meal, LOL.

So, yesterday, January 4, 2020 marked the 366th day in a row that I have not played any video games.
Thus,  Luann’s First Leap Year is over.
The method I used was offered by Matt Ragland, another YouTube person. I tracked my days of not doing it. To see those little boxes filled in at the end of the day kept me determined to continue.  I’m a highly visual person so having a chart to fill in (or a list to check off) works for me. And I keep it in where I see it often throughout the day. This might not be your method, but if you have a something that you’d like to leave in the past, start today, put a little mark on your calendar or create a chain to check off, just start, it doesn’t have to be the 1st of any month or week, or year. Perhaps next year about now, you can send me an email about your First Leap Year ! ! ! !
As I embark on my  “Second Leap Year” I need to ponder what is that ONE BIG THING that I want to have different in my life. And what can I do EVERYDAY to further my accomplishing it? My next leap year may not start for another month, and that’s fine with me. It will start when it needs to start. Then I will work towards a ‘chain of 366 days’ of investing  in being a better me.
For now,
Let’s Create Today,
Luann
Posted by Luann Fischer at 9:26 AM 5 comments: Links to this post

UFOs: started with 45, finishing with 42. This might not sound like much, however, I added several projects that were completed throughout the year. Of the original 45 on the list, only 26 remain!!! Some of those originals are now being counted as more than an individual item because there were 2-4 pieces to them. For example, Clothesline was a single item, however 4 hanks have been dyed and are waiting to be turned into 4 separate bowls.

I longarmed 87 quilt sets together for Charities that I work with.
I also longarmed the 44 that I pieced.

Movies: Harriet, The Art of Racing in the Rain, and It’s a Beautiful Day in the Neighborhood

18 Books were read in various genres

One afghan and one shawl crocheted

One might wonder, How did it happen that this year was such a highly productive year? There’s an answer to this. I stopped playing video games on my iPad in January. It was amazing how much time I’d been wasting. I suddenly had time that I needed to fill, and I had decided that I wasn’t going to ‘zone out’ with something that was mindless, for me. I started putting my ideas down in writing and following through became a lot easier because I had something to help me keep ‘my’ focus on the project I wanted to be working on.  I can honestly say that since this change, I have been better at finishing what I’ve started before jumping into the next project. I write down those thoughts, but until I start them, they are just ‘ideas’ that may or may not become a project. This was not how I maneuvered in the past, but I am enjoying fewer ‘open and started’ projects. As far as I’m concerned if my older than 1/1/2019 UFOs remain on the shelves, and I keep finishing those items I’ve started during 2019 and the new ones that will be coming along in 2020, it’s going to be a ‘good’ year.

I hope that everyone that reads this, takes a little time to review your accomplishments from 2019. You’ve done more than you are probably giving yourself credit for.  If you’ve been kinder to the Mc Nasties in your neighborhood, that alone is an incredible accomplishment.  I will be working on that during 2020.

I wish you all the most incredible year of enjoyment for 2020.


Posted by Luann Fischer at 3:28 PM 3 comments: Links to this post